Exactly What Profiling and Discrimination Looks Like In Caldwell, Idaho

On October 11, 2019, Connor was headed to his homecoming dance at Caldwell High School. New to the area, and having been the victim of bullying at school, his father reached out to friends in the motorcycling community to escort Connor to the dance.

What happened next was inexcusable and a blatant display of discrimination on the part of the Caldwell Idaho police department.

On October 11, 2019, my son, Conner, was headed to his Homecoming dance at Caldwell High School (CHS). My son had been being bullied pretty badly. I own a motorcycle and met some gentlemen from a club on a few charity rides. They were members of the Vagos Motorcycle Club (VMC). When I explained my situation to them, they were more than happy to help. My son and I are new to Caldwell and the transition to a new school can be tough, especially when you have no family or friends in the area. When VMC and other members of the motorcycle community heard this they were happy to lend a hand. My son has always loved motorcycles and loves going for rides. So when 30+ bikes showed up to escort him to his dance, he was overjoyed. 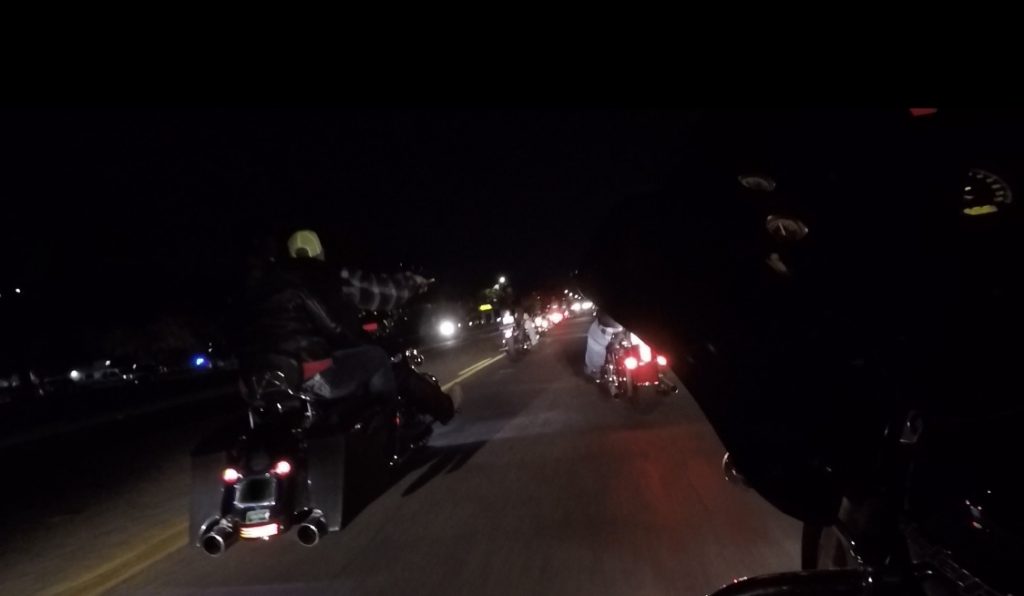 I am a single father doing my best to raise two great kids to be productive members of society. I’ve raised my kids to never be prejudiced or look down upon a person due to their appearance. On October 11, 2019, at approximately 20:10 in the driveway of CHS my son learned exactly what discrimination and profiling looks like. Without knowledge that CPD was attempting to keep us off of the property, our escort attempted to take my son to his dance. With me and my son in the lead of the group, we rode from my home to CHS, a short ride. We attempted to pull into the first entrance however there was an officer blocking it. Thinking nothing of it, we entered the second entrance. Upon us accessing the parking lot the female officer driving a marked SUV whipped her vehicle around in an unsafe manner with the amount of pedestrians that were there, to make a very clear point that we were not welcome! My family has never experienced this kind of bigotry before.

I believe that CPD acted inappropriately and unprofessionally as police officers. They should be held to a much higher standard. We did nothing to warrant the actions that were taken.

Ashley describes it this way:

What started out to be a fulfillment request by a concerned father of a bullied child turned into the best example of profiling towards the biker community from law enforcement that I have personally experienced, and all at the expense of a bullied child who was now bullied by Caldwell PD.

On Oct 11, 2019, myself and others from the biker community agreed to meet at Family Dollar in Caldwell. From there we were to all ride to Cory’s house, the concerned father of the bullied child, and escort Conner to his homecoming dance. However, while waiting for everyone to arrive at Family Dollar, 2 or 3 police cars light up our entire group. They get out of their vehicles and immediately start asking why we were all gathered in the store parking lot. A few of the bikers that were in closer proximity of the officers replied, “We’re getting ready to put a smile on the face of one of our brothers sons’ who has been getting bullied at school, and escort him to his high school dance. The officer then states, “Well, that’s all well but you all need to make sure you’re making complete stops at the intersections.”

We all got on our bikes and rode to pick up Cory and Conner. With them leading, we made our way to Caldwell High School. As we were traveling the short distance to the school on Indiana St., we saw flashing lights ahead of us. As we got closer, we saw the lights were coming from a police SUV that was blocking the front entrance to the school parking lot. Not realizing the officer was meaning to keep us out, we all continued on to the second entrance of the high school parking lot. It was at this time the officer driving the SUV immediately spun her vehicle around towards our direction, driving much faster than anyone should be driving in a very full school parking lot with kids present. The officer in the SUV placed her vehicle in such a way that we were denied access to riding up to the school where we had planned to drop Conner off for his dance.

The NJSCI continued eroding and ignoring the 1st Amendment in an attempt to vilify MCs, now with PMC due to the club’s alleged rapid growth recently

The National Council of Clubs, representing the interests of motorcycle clubs and thousands of their members in every state in America, is both concerned and appalled at recent reports of Veterans organizations, including some VFW, American Legion, and Eagles posts, among others, denying access to individuals expressing membership in motorcycle clubs.   So what’s the [&hellip