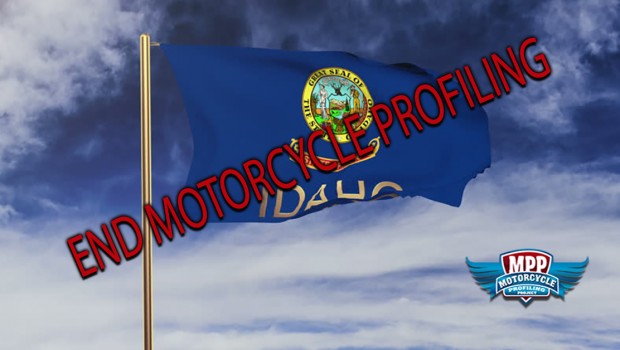 Even though the event itself happened almost 4 years ago, this kind of behavior hasn’t stopped in Idaho.

The motorcycle profiling epidemic in America is particularly evident in certain states.  Idaho is irrefutably one of those states as evidenced by recent military-style blockades in Pocatello, unconstitutional raids on clubhouses in Boise, and traffic stops at gunpoint outside Shoshone.  The pattern of evidence continues to mount.  The necessity for legislation addressing the issue motorcycle profiling is self-evident when a police chief is conducting traffic stops on motorcycles gunpoint without cause.

The MPP received the following incident report from an individual on his way to a COC regional meeting in Boise.  According to the victim, the police chief from a small town in Idaho decided that it was appropriate to pull his van, James Bond style, across both lanes of a 2 lane highway to stop traffic, jump out with his gun drawn, all in order to conduct a simple traffic stop.  Three Sheriffs Deputies joined the stop. 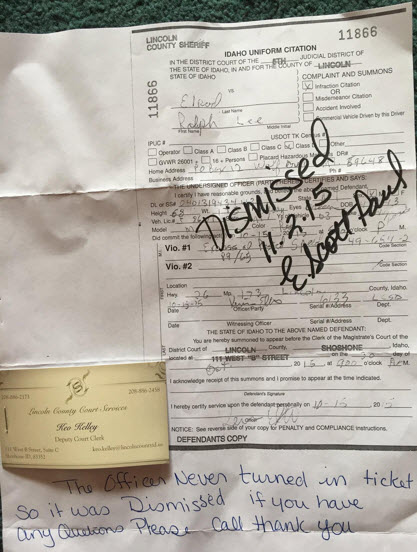 “On the 15th of September I was heading for a Confederation of Clubs meeting in Boise, which was on the 17th. I was on a two lane highway and doing about 90mph when a van pulled across the road to block traffic in both lanes. The driver runs to the back of van and points a pistol at me and yells at me in a very excited tone.  He handcuffed me, was all in all a jerk, and the Chief of Police of the upcoming town of Shoshone.

Three Sheriffs deputies arrived on scene soon after the van pulled across the roadway. They were following me and had called for help.

One of them wrote the ticket. $155 for doing 89mph in a 65mph zone. After running my paperwork they turned me loose and gave all my knives back. I gave them one of my books and told them they needed to read it and I would be back and give them a quiz.

Upon returning home, [wife’s name omitted for privacy] sent them the $155.  A few days later I called the county Clerk and ask for a copy of their “Use of force policy”. She said a officer would be calling me, no call. Two days later my check was returned with a letter saying the officer never turned in the ticket so it was Dismissed! What the hell just happened?  Never happened to me before.”

Is it a coincidence that the ticket was dismissed or did inquiring about use of force policies cause them to back down?  Do the officers involved even realize that the initial act of calling for backup to conduct a simple traffic stop is based on the discriminatory presupposition that motorcyclists are inherently dangerous? This was a single motorcyclists that had done nothing to justify the belief that he was dangerous.

This incident demonstrates that the motorcycle profiling epidemic is alive in Idaho. Dangerous traffic maneuvers, excessive backup and felony stop tactics should only be reserved for situations where there is reasonable suspicion of actual crime or violence, not a simple traffic infraction like speeding. It is clear that law enforcement in Idaho must adopt policies and simple training to prevent and condemn the practice of motorcycle profiling. These incidents are not only civil rights violations they are potential powder kegs of discriminatory deadly force based purely on appearance as opposed to behavior.

A Colorado Sheriff attempted to kill an unarmed Hells Angel while serving a warrant in late 2019. Until now, this story has not been fully told

On March 18th, 2020 the state of Idaho became the 4th state to pass a law addressing the issue of motorcycle proﬁling.